Do you have a fascination for heights? If yes, you would definitely like to check out our list of suspension bridges. Let us also tell you that these bridges are for the strong hearted and people suffering from heart problems or acrophobia should visit only after medical consultation. These dizzying bridges are located in high altitudes and may cause convulsions or seizures. Up for the challenge? So what are you waiting for? Grab your tickets for any of the 5 destinations we have mentioned below.

Known as Europe’s highest suspension bridge, the Titlis Cliff Walk Bridge is situated on Mount Titlis in the Alps and is 3,000 metres high. Although it looks scary, it has been especially designed to withstand extreme winds and snow storms. The views are simply spellbinding.

Situated in Kedah, Malaysia, this pedestrian bridge is around 700 metres high and was opened in 2004. The sad part is that it has been inaccessible since 2014. 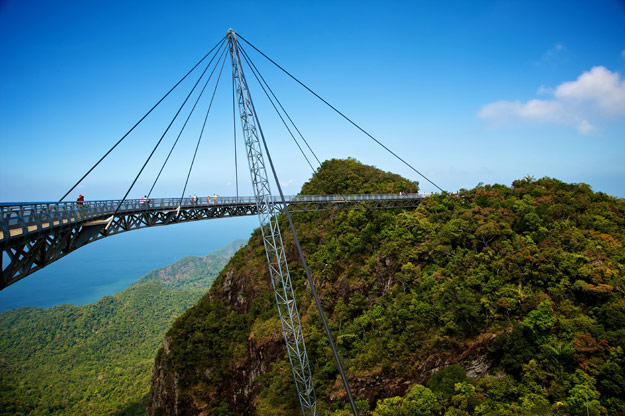 However, we could not help omitting it from the list as it is one of the most challenging suspension bridges in the world. We hope it opens once again.

Canopy Walk is situated in Kakum National Park, Ghana and is the only canopy walkway in all of Africa’s national parks.

Canopy Walk by nick@ / CC BY

It was made by connecting several treetops and is used to watch the endangered animals such as Diana monkey and forest elephants without disturbing them.

Millau Viaduct, which is said to be taller than the Eiffel tower is the world’s highest bridge to be used as a thoroughfare. 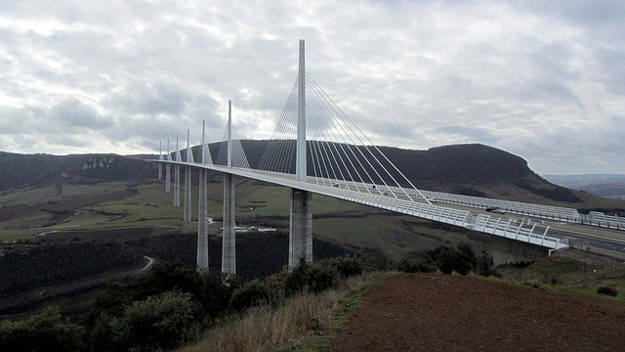 It has the A7F motorway, which connects the two cities of Montpellier and Paris and is often admired as the world’s most impressive engineering wonders of all times.

The Royal Gorge Bridge situated in Colorado, USA was known as the world’s highest bridge till 2001, until it was replaced by Millau Viaduct. 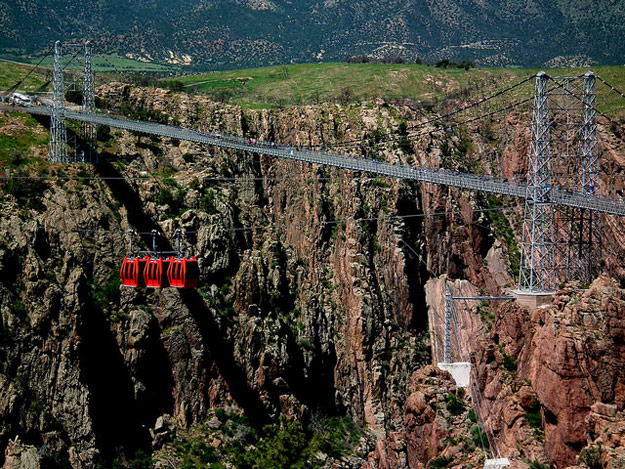 The bridge is a part of the Royal Gorge Bridge & Park, which is famed for its different rides and adventure sports. Zip-lining and Royal Rush Sky coaster are especially popular here. The park is also home to a zoo which is ideal for family outings.