Jordan is a land of World Heritage Sites, delightful desert landscapes and friendly towns, several of them fast emerging as red-hot tourist destinations. Here are five specific reasons to book holiday packages to Jordan. Petra – one of the 7 new wonders of the world Located in the south-western desert of Jordan, Petra is a popular historical and archaeological city delighting visitors with its breathtaking splendour and terrific ruins. Also known as “Rose

City” due to its structures carved out of sandstones, Petra is one of the most beautiful wonders of the world to discover. Listed a UNESCO World Heritage Site in 1985, this ancient city is famous for the timeless beauty of its 30 metre wide and 43 metre high Al-Khazneh temple and nearby historical spots such as Dead Sea and Madaba. Amman – a haven of Middle Eastern arts and culture The capital of Jordan, Amman, with a long history dating back to 13th century BC, is an exciting place for the history buffs. Home to interesting Greek and Roman ruins, museums and galleries, and old souks and markets, Amman offers a glimpse into the region’s history. This capital city is 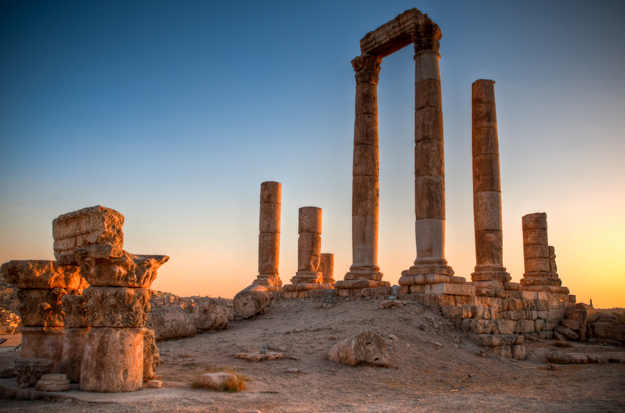 also an ideal hub for the art lovers, presenting exhibitions from Syrian, Palestinian and Iraqi artists through some prominent attractions such as I’Weibdeh and Jabal Amman. Besides rich history, the city amazes visitors with exclusive modern wonders such as luxurious malls, cafes, bars and residential districts. The wonderful ancient sites at Jerash Like Petra, Jerash is another popular reason to visit Jordan and revel in the magnificence of history dating back over 6,500 years. A few hours’ drive from the capital Amman, Jerash is the most interesting Roman site in Jordan surrounded by hilly wooden areas and fertile basins. A 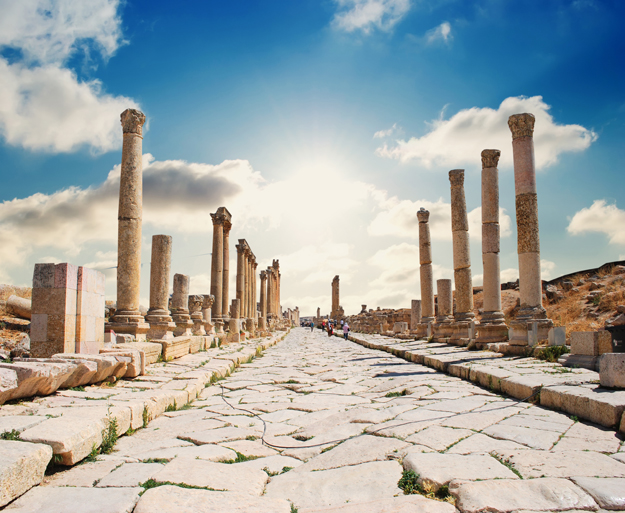 majestic unification of ceremonial gates, temples, theatres, colonnaded avenues and soaring hilltop temples in the city promises to take you back in time. The major highlights of Jerash include the Temple of Zeus, the South Theatre and the Hippodrome. The quintessential desert of Wadi Rum A well-renowned tourist attraction in the Middle East, Wadi Rum is one of the world’s most stunning desert landscapes and a protected desert wilderness in southern Jordan. The splendour of this desert valley is a result of many years of accumulation of dust and sand and is where you can experience the real life version of the Arabian nights! With dramatic sandstone mountains such as Jebel Um Ishrin and natural arches like Burdah Rock Bridge, this place astonishes you with a perfect blend of nature and history. Roman ruins at Umm Qais A town in Northern Jordan, Umm Qais is perched on a wonderful hilltop overlooking the Golan Heights, the Sea of Tiberias and the Yarmouk River Gorge. It is a place that delights you with everything you can expect from an immaculate desert. Known for its proximity to the ruins of t 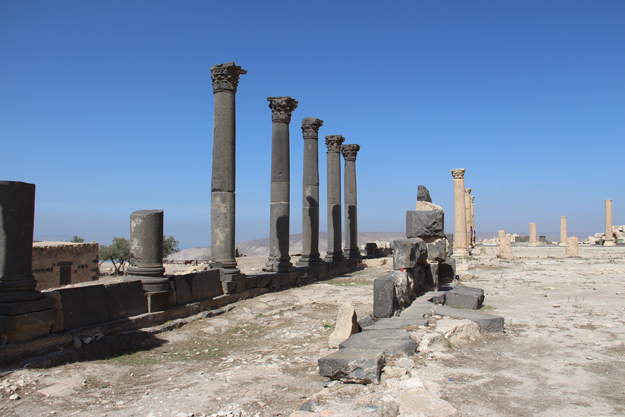 he ancient Gadara, it is where history buffs can indulge in the magnificence of a large number of Roman remains. The major highlights of the town include Umm Qais Resthouse, West Theatre and Lookout Point. Besides, you can visit Ottomon Village and explore the impressive houses built around central courtyards.