Did you know that travel can play a crucial role in making your life happier, healthier and better in several ways? Read on to learn about the top ten proven benefits of travelling, based on research and studies!

It is true that those who tend to travel at least once in a month or two feel more energised, active and young. According to a research with women over 65, it has been concluded that travelling keeps your body healthy, boosts your brain health and helps you fight the signs of aging, making you look and feel young.

There is no doubt that travel brings many benefits for children such as heightened geographical awareness, enhanced learning skills, improved self-confidence and open-mindedness and more.

A study also says that children between the age of 12 and 18, who travel abroad, are more active and attentive, and perform better in school. 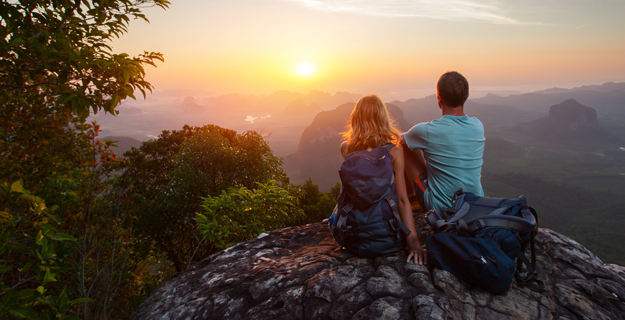 Yes, travelling increases intimacy between partners. According to a study, couples feel an overall increase in their perception of bond and shared interests with their partners during a travel together. Couples say that travelling has helped them a lot in knowing each other better and has strengthened their relationship.

It makes you more open-minded

According to a survey, travelling helps you connect with people of different cultures, helping you to accept and appreciate the various cultural and traditional differences. Meeting people from different cultures truly broadens your horizons.

Travelling inevitably makes you more independent and confident. According to a research study, people who tend to travel often develop the ability to cope with a lot of unexpected situations, which eventually makes them more confident.

It has always been believed that exploring new places and meeting new people makes you more creative. Besides, a recent study suggests that travelling increases both cognitive flexibility and depth of integrativeness of thought among people who often travel, making them more creative.

There is no denying that travels to new places bring new experiences. You learn different languages, make quick decisions, try new things and shift to a new eating and sleeping schedule. Studies indicate that being in a new environment engages a resting part of your mind and gives it a perfect spark, which could result in you becoming smarter and more intelligent.

It is believed that travelling helps you with your weight loss goals by creating a major calorie deficit. It brings many opportunities for you to be active. Be it an attempt at an adventure sport, or even a simple stroll down the streets sightseeing along the way, travelling is adventurous way to lose weight.

It has been proven by some studies that travel brightens your mood and decreases the level of stress from your life. A study says that travellers, after a three-day vacation, felt less anxious, more positive, well-rested and in a better mood.

Many research studies have indicated that travel improves social and communication skills of people. While travelling with family or friends gives you a great chance to know each other better and develop a new bond, travelling alone presents an opportunity to learn new languages, communicate with different people and make new friends.